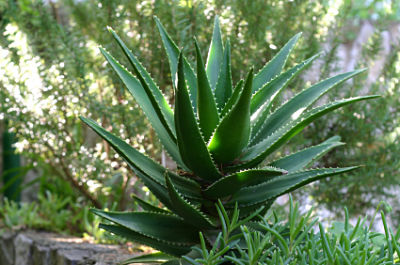 Many species belong to the Aloe genus. These plants grow spontaneously in many parts of the world. In particular, it grows in the subtropical areas of Central America, the United States, Mexico, Australia, but also in the Mediterranean basin, southern Arabian Peninsula, Madagascar, India (north-east) and Japan. The species belonging to the Aloe genus are herbaceous, shrubby or arborescent, perennial and succulent plants. They have woody stems with differing heights from a few centimeters to about ten meters. The leaves are simple, sessile, and lanceolate. They are very showy, fleshy, with a thick cuticle and with a spiny margin and apex. Usually aloe leaves are gathered in rosettes (rosette-like). The flowers are gathered in large and hanging bunches. The color of the flower varies based on the species. The fruit is a capsule general containing winged or flattened seeds.

The most common species for their uses are: The plant reachs maturity after four years and can have leaves of medium length, also more than 60 cm and a base width of 10 cm, each of which can weigh more than a kilo. Its overall life cycle is twelve years. It has a number of leaves ranging from twelve to thirty leaves. It is a plant well anchored to the earth through an adequately developed root system (acaulescent bush).

The rigid and woody stem of the flower develops from the central part of the foliar tuft, with a height that can reach a meter and a half. The flowering happens in summer with yellow, tubular formations in clusters, on the end of the woody spike. Its leaves are very rich in gel compared to the external cuticle, which is rich in acemannan, an important polysaccharide.

Anthraquinone is found in the sub-cuticle layer, which in Aloe barbadensis is called barbaloin. It is easily recognizable from its ocher color and intense and unpleasant smell. Actually, Aloe barbadensis turns out to be the most used and known in the world, mostly because of the of the high yield of its leaves, for their robustness and for their easy transformation into pulp to drink or gel for external use. The species is native to central-southern Africa, very diffused in South Africa, in Asia and, above all, Russia and Japan. Unlike Aloe vera, Aloe arborescens extends from a woody, central trunk, with alternating leaf growth, that can reach up to two or three meters at maturity. The plant comes in the form of a chaotic bush, full of stems, in which a parting root is not distinguished, as in the case of Aloe vera. The large, spiraling leaves are a green-grey color and are less meaty with respect to those of Aloe vera; these, in fact, are thin and threadlike, have lateral thorns and reach a length of about 30 to 50 cm and each weight about 10 to 100 grams.

The external cuticle is thicker and it makes the plant more resistant to atmospheric and environmental adversities. This characteristic gives way to a high presence of anthraquinones (sub cuticle), principally aloin. It flowers annually and it has a red-orange colored inflorescence. It stands out against Aloe vera for the presence of bumps on the blade of the leaf.

Other species can be harvested and used, such as:

The Aloe genus, however, must not be confused with the so-called American Aloe that belongs to the Agave genus.

A juice (latex) is obtained from the cuticle incision of the leaves that is subsequently condensed and concentrated through boiling. A dark brown, solid mass is obtained if Aloe vera (Aloe barbadensis Miller.) was used for the extraction, or a mass with greenish reflections if Bitter aloe (Aloe ferox Miller.) is used. Such an extraction has an elevated content of anthraquinone that has a strong laxative action and a characteristic bitter taste.

After having eliminated the external cuticle of the leaf and taking away the internal aquifer parenchyma, a gel is obtained. The mucinous internal gel is viscous to the touch and it contains a high number of polysaccharides, resulting particularly from mannose and various other components (fats, essential amino acids, vitamins, hormones and minerals) in high concentrations.

Caution: Aloe juice, which is often sold in the market, is really Aloe gel made liquid following different treatments to make it more easily consumed.

Plants of the genus Aloe can easily be cultivated in almost all subtropical areas of the world, even in climatic conditions of constant drought.

It is very important not to expose these plants to extreme climate conditions, for example wide temperature changes or excessive humidity.

The best temperature for vegetative growth is of 20°C-27°C, but they survive down to a temperature of 5°C. They can be cultivated successfully in desert and drought areas.

It is possible to cultivate aloe in pots or in open fields.

Planting is carried out in Spring using a mixture of draining soil for cactuses or succulents, made of 1/3 sand or pebble.

Like all succulents, aloe does not do well with water stagnation.

The propagation method is by seed or by vegetative parts, like cuttings.

It is not possible to assure the offspring will have the same characteristics of the mother plant, because Aloe has a natural tendency to hybridization.

For commercial cultivation by the way, artificial hybrids are made.

As decorative plants they are cultivated in pots, beds, and rock gardens. They need repotting every 2 to 3 years.

This technique is much easier and more convenient compared to direct sowing, because the seed is only available in late Summer.

Generally about 8-10 tons/hectare of manure are spread during the soil preparation. Before the planting it is advisable to carry out 2 or 3 deep plowings in order to make the soil more light and crumbly. The appropriate fertilizer will be added before the last plowing.

After 40 days carry out a manual weeding followed by a mechanical weeding.

Then plant the seedlings and proceed with cover fertilization and tamping.

Irrigation must be abundant in Summer and low in Winter.

It is necessary to avoid water stagnation, to limit the development of parasite or other diseases.

The loss of humidity from the soil is controlled using green leaves or weed stems for the tamping.

The plant maturity in terms of active substances is reached at the age of 3-4 years.

The yield is of 40-50 tons/hectare/year of leaves.

Cultivation in field: Aloe Vera is not very susceptible to parasites and other diseases, but a improper irrigation causes root rot, and consequently the onset of diseases.

The soil should have good draining capacity to prevent insects and other parasites infestations (mites, bedbugs, mealybugs).

The plants may need pruning and cleaning to improve the productivity of the cultivation.

The foliar section is made of 3 parts:

For industrial utilization of the internal gel, the leaves are harvested manually, two or three times a year, from plants which are at least 3-4 years old.

A clean cut is made at the base of the leaf with a sharp knife, to limit the oxidation damage before the stabilization.

Then the leaves must be processed as quickly as possible.

Mechanized harvesting is carried out only by large companies.

Among the hundreds species of Aloe existing, few have any pharmacological activity, and they are selected for extensive cultivation.

In particular there are large cultivations of Aloe barbadensis Mill. = Aloe vera Burm. and Aloe arborescens.

Most of the scientific studies are about these two species.

From the whole leaf of the Aloe spp., two different drugs can be obtained:

The two products have different therapeutic properties and are used for different purposes both in animal and human field (pharmacological, medical, cosmetic).

Aloe is a plant of high interest for medicinal and cosmetic purposes or as a food supplement.

The main active compounds of Aloe vera are about 75:  (excluding water, which constitutes  more than 95% of it) mono- and polysaccharides and mucilages, anthraquinones, vitamins, enzymes, minerals, both essential and non-essential amino acids, and a wide range of heterogeneous components such as lectins, B-sitosterol, salicylic acids and more.

It is used in various regions of the world against hemorrhoids, synovial inflammation, edema, hair loss and constipation (Morton, 1961).

It is also an ingredient in dietetic herbal teas and other preparations with laxative, eupeptic and cholagogue functions.

Aloe pure juice is free from aloins, or contains only small amounts of them.

It is recommended for different purposes regarding the maintenance of the physical balance.

The utilization of Aloe has reached considerable levels since the industry started to propose Aloe as a treatment or prophylaxis to alleviate a vast range of not well defined systemic conditions. Possible adaptogenic and immunostimulant properties are also been reported.

The pure juice is also used for the production of bitters, Fernet liqueurs, soft drinks and jams, thanks to its high bitterness.

As a food supplement it has eupeptic and digestive effect. 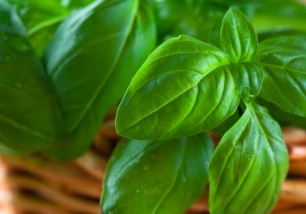 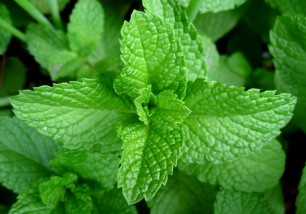