Peppermint is an herbaceous perennial plant with a strong, aromatic smell. The officinal plant has branched, fibrous rhizomes, from which superficial, creeping stolons depart. Quadrangular, erect, and branched stems develop from the stolons. These stems are purple-green shades. The peppermint leaves are opposite, petiolate, lanceolate with toothed edges and a dark green color. The flowers of the peppermint plant, almost always sterile, can be white or rosy-violet and are grouped together in whorls placed on short ears.

The flowers have a cylindrical campanulate calyx composed of five teeth covered with hair. The fruit is a tetrachene.

Within the peppermint species, the variety that is normally harvested is Mentha officinalis, which has two forms:

Black Mint is more commonly harvested because it is adapted to a large variety of environments. With respect to White Mint, Black Mint contains a greater quantity of essential oil, therefore, it has a more intense and penetrating aroma. However, Black Mint’s essential oil is of a lower quality due to its lower menthol content. Another variety of peppermint that is harvested is Mentha var. Sylvestris forma rubescens, the so-called “Mint of Hungary”.

Other species of mint:

Numerous species and varieties of plant belong to the Mentha genus. Many of these plants are of medicinal interest with similar properties, but from all the varieties peppermint is the one with the best quality (most content of menthol in the essential oil extraction) and completely harmless. There have been about 20 different classified species of mint that easily hybridize among themselves and which are subdivided in subspecies, varieties and forms. In total, the number of mint plants in species, varieties, races and forms is estimated at around 600.

Below are the more notable and more principally harvested species of mint.

The extraction of mint’s essential oil happens through steam distillation with freshly harvested material. What one gets is the raw essence of mint that, after decantation and filtration, can be traded. For industrial use it must first be rectified. The average production of raw mint essence per quintal of fresh harvest ranges from 500g to 700g up to a maximum of 900g.

It is obtained by leaving the mint plant to macerate at the moment of blooming in a 70-proof alcoholic solution.

When cultivated peppermint grows well in zones with a temperate climate and it is quite resistant to winter cold.

The main propagation method is the transplanting of stolons, taken from one year old peppermint plants.

The length of the stolons should be at least 15 cm. They are put in 10 cm deep holes, earthed up and then tamped. Stolons should be taken from the original plant in autumn and transplanted immediately after, but if not possible it can be done in the Spring. In this case it is more likely for the young plants to suffer because of drought and would obtain a lower yield. It is also suggested, especially in colder climates, to mulch the field before winter, in order to protect the stolons.

The recommended density for peppermint is of 10-15 plants/mq .With a lower density it is more likely to obtain less essential oil and poorer quality.

It is also possible to use peppermint seedlings, when they are about 5-10 cm tall, planting directly in the field in late spring.

Even though peppermint is a perennial species, it is usually kept for not more than 2 years. In fact starting from the second year, it produces a great amount of stolons, which interfere with the working of the inter-row and with the control of infesting weeds. A growing method for peppermint, used especially in the USA and In ex Soviet Union, consist in interring the plants with a superficial ploughing at the end of the first year, in Autumn. As a consequence the plants will produce less stolons in the following year.

For the cultivation of peppermint a careful soil preparation is very important, carrying out a fairly deep plowing and eventually burying manure. Peppermint requires a good amount of Potassium and Nitrogen (Nitrogen increases the amount of Menthol and Menthone in the essential oil).

It is recommended to irrigate if the climate conditions require it, especially in summer after the first crop, in order to facilitate the vegetative restart.

Special attention should be paid to fungal and insect attacks, since peppermint is sensitive to these infestations.

Harvesting usually takes place twice a year, during the Summer, mowing the plants very low and possibly in the early hours of the day. The first mowing is made in July, before the flowering and the second one in late Summer/early Autumn.

The first harvest is richer in essential oil and it is usually used for distillation. Sometimes it is useful to let the crop partially dry in the field, to reduce the amount of water and increase the essential oil quality. The second harvest contains less essential oil and is used in herboristic product.

Harvesting is mechanized, using mowing-loading machine. The crop should be immediately moved to the drying room or used for distillation, avoid leaving it in piles for many hours, because this may cause overheating.

A good peppermint culture can produce 25-50 tons/ha of fresh plant material, as a result of the two harvests.

Peppermint leaves possess analgesic, antispasmodic, gastrointestinal and choleretic properties. Eupeptic and carminative, their utilization is known to improve the functions of the gastrointestinal system.

Peppermint is also used for nausea. Leaves have an effect on the Central Nervous System and are widely used as tonic and stimulating.

The main properties of peppermint are ascribed to the essential oil, but we shouldn’t forget the importance of the whole phytocomplex and its synergic effect.

Clinical studies have shown that peppermint essence has the ability to relieve symptoms of irritable bowel syndrome, particularly by acting against the pain.

This essential oil has immunostimulating and anti-inflammatory effects, but a low antimicrobial activity. It is widely used for diseases of the upper respiratory tract, especially by inhalation.

Peppermint tea is recommended as a cough suppressant and as an expectorant in flu bronchitis.

For external use the essence is used for teeth and mouth hygiene and as an anti-itching in dermatological diseases. Massaging a small amount of peppermint essential oil on the temples is effective against headache. It also acts as an analgesic on skin and mucous membranes, thanks to its content of Menthol which causes a local cold effect. 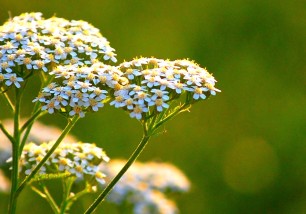 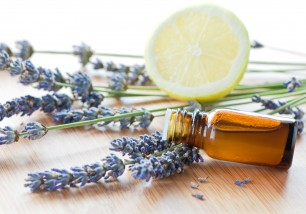 LEGGI TUTTO
Sep 11, 2014ESSENTIAL OILS: AROMATHERAPY IN THE WORKING ENVIRONMENT
There are many interesting data provided by recent research on essential oi...