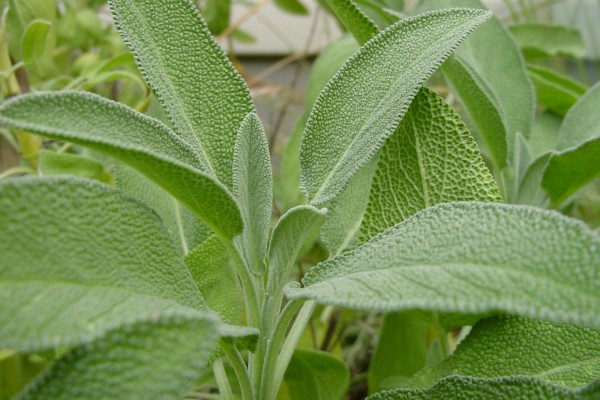 It is a low-growing, perennial, and bushy plant. It has quadrangular branched stems and a fasciculated root system. The leaves are long, opposite, lanceolate, and wrinkly with slightly toothed edges. They are a grey-green color with a strong aromatic scent and a bitter and astringent taste.  The lower leaves have long petioles, while the upper leaves are smaller and without petiole. They are covered with protective and glandular hairs. The flowers are tubular, white-violet or pink, and grouped in whorls. The blooming happens from May to June. The fruit is a tetrachene.

Three subspecies have been indicated for the Salvia officinalis:

Sage’s name derives from the Latin word salveo or salvatrix, which means, “to be healthy” and “that which saves”, because of the numerous curative properties that were attributed it in the past. Sage is among officinal species, more noted in ancient times, for its therapeutic works. It was recommended as a remedy for all ills. The ancient Romans called it Herba sacra (“sacred herb”) and attributed it with divine powers.

The drying can happen at room temperature in the air for about 15-20 days, or in dryers at about 40°C. For the commercial aspect, an important element of evaluation of the quality of the product is the uniformity of color and the integrity of the dried leaves.

It is extracted from fresh or dried leaves through steam distillation. The yield in essential oil is 0,2% - 0,3% from fresh leaves, while the yield from dried leaves varies from 1,2% - 2,5%. From the residual herbaceous material, a sort of oleoresin is obtained through extraction with organic solvents.

The aerial parts of the flower during blooming are used and put to macerate in a 65-proof hydro alcoholic solution.

It is a rustic plant that prefers light, calcareous soils and full sun exposure. It normally grows along the coasts and up to 1000 meters of height. It suffers from the cold, but it is also sensitive to prolonged periods of drought and high temperatures. It seems that the conditions of climate and soil influence the formation of essential oils: in fact, in warm and sunny environments, the leaves are larger and have a greater number of glandular hairs. At the same time, however, high temperatures lead to faster evaporation of the oils.

It is possible to sow directly in the field on a carefully prepared soil, or it is possible to use rooted cuttings or plants obtained from the division of the head. Propagation by cuttings is preferable to seed propagation, as more homogeneous crops are obtained, which can give an appreciable production already in the first year. However, the costs are greater.

Cuttings are obtained by cutting the florets, which are then put in sand and peat substrates to take root.

If the seed is used, it is advisable to carry out sowing at the end of winter. The transplant is then carried out in May-June.

The propagation by division of the tuft is less used and can cause the spread of diseases present in the old tufts.

Regarding the planting density, it is possible to use the technique of "sage lawn", which consists in creating a double-density planting.

This technique, however, requires an effective chemical weed control, especially in the first year, since the high density prevents mechanical intervention for weed control.

In the following years, the high coverage index of the plants guarantees advantageous competition with weeds. Another advantage of the “sage lawn” is the possibility to harvest the product directly with a forage mower-loader, obtaining a greater production of leaves, compared to the woody parts.

The growth rate of the plant is conditioned by the climatic trend, so that in autumn and winter there is a vegetative block of variable duration (between three and five months)

The cultivation can be maintained for several years, but the yields tend to decrease with the aging of the plant, so it is not feasible to make it last more than 3-4 years.

It is advisable not to repeat the crop on itself, but alternate it with another cultivation (crop rotation).

It is necessary to prepare a good sowing bed. Generally it is prepared in the early Spring, but in milder climates it can also occur in Autumn.

Being a plant that suffers from the summer drought, it is necessary to be prepared to intervene with emergency irrigations in this period, in order to obtain a second harvest at the end of the summer. Generally, in favorable climatic conditions, irrigation is not recommended, since it damages the essential oil quality.

The cultivation of Salvia requires a good amount of nitrogen, necessary for the production of biomass.

The time of harvesting depends on the climatic conditions, the number of cuts during the  year and the destination of the product.

During the first year it is advisable to perform only one cut, while in the following years two cuts can be done, one in Spring and one in Autumn. In milder climates also a third cut can be performed in Autumn. The cut should not be too low, because fewer stems will give a product of a better quality. Furthermore, extreme cuts will make the plants much more sensitive to cold, since the buds necessary for the regrowth are also cut. It is therefore advisable to make high cuts of the florets.

Harvesting can be mechanized with the use of mowing machines. The plant quickly loses its aromatic properties after mowing, so it is necessary to work the harvested product as soon as possible.

The first mowing, in general, is always the most productive and determines a yield of 10-12 t / ha. The following cut is in the order of 8-9 t / ha.

Sage leaves have an antispasmodic and cholagogue-choleretic action their extract is used to treat digestive disorders: sage has always been known for its aperitif and aromatic properties; it is effective in dyspeptic and gastrointestinal issues, such as bloating, flatulence and slow digestion.

Sage extracts are considered to be excellent antioxidants, capable of neutralizing free radicals. This determines the ability of the leaves to slow down the rancidity of fats: not by chance it is used for food preservation. Important is also its antimicrobial activity.

For internal use, it has an antiperspirant effect, i.e. it reduces excessive sweating. This effect  occurs a few hours after taking the plant and it is possible to benefit from it for a few days. This action is due to the presence of essential oil, which works at the level of the central nervous system.

Preparations based on Sage are effective in regularizing the menstrual flow, reducing the associated pain, and in menopausal disorders.

For this reason it is preferable to use the oil extracted from Clary Sage, free of toxicity and easier to use both for topical use (inside vegetable oils) and inhalation.

For external use, the leaves are used as astringents and antiseptics and are very often found in mouthwashes, or products for the treatment of inflammation of the oropharyngeal cavity and in gum bleeding and in dental hygiene in general.

In cosmetics, extracts of Sage are used for their purifying, stimulating and firming action so they can be found in products for the care of oily hair, oily, impure skin or relaxed skin. 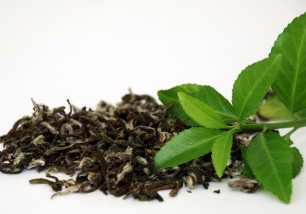 LEGGI TUTTO
Oct 01, 2014GREEN TEA AND DOWN SYNDROME: NEW HOPES
The power of scientific research opens up to new possibilities …   ... 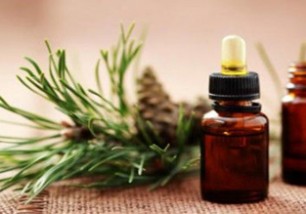