Perennial herbaceous species with erect and hollow stem. The leaves are dark, ovate-oblong; the basal leaves are petiolate and gathered in a rosette, the apical ones being without petiole. The flowers are a white or pink color, collected to form corymbs and are brought to the apex of the stem. They have a small calyx with teeth that look like long, feathery bristles. Valerian blooms in the second year in late spring. The fruit is a striped, ovoid achene crowned with whitish pappus. It has a greyish-brown rhizome, short and fleshy, from which fasciculate, thin, and finely branched roots depart.

There are different species that belong to the genus Valeriana:

Both are known in drugstores as “Celtic nard”. Two botanical varieties of Valeriana officinalis are used:

After gathering, washing, and breaking the roots, they are put to dry. The process of drying shouldn’t exceed temperatures of about 45°C to avoid losing the content of essential oil.

It is obtained through steam distillation of the rhizomes and the roots. The percentage of essential oil contained in the subterranean organs is highly variable and ranges from 0,5% to 1,5%, referring to the fresh material.

The fresh roots are used and are left to macerate in a 55-proof hydro alcoholic solution.

It grows spontaneously, especially in shady and humid places, near waterways, up to an altitude of 2000 meters. It prefers fresh, fertile, deep, rich in organic substance and rather humid soils. On such lands it grows reaching large dimensions, but with a less intense aroma. Valerian, which is grown on drier soils or at higher altitudes, has smaller dimensions but a more intense aroma.

Valerian propagation occurs by seeds.
Sowing is done in the spring in seedbeds, and the seedlings are transplanted in late summer (August-September) of the following year, as the plant grows very slowly.

It is advisable to prepare the seedbeds using seeds produced in the previous year.
For this reason it is therefore more advantageous to use rhizome fragments or plants obtained by division of the head of mother plants of at least two years of age.

CROP DURATION:
Generally the plant has a two-year duration.

CULTIVATION CARE:
To optimize the production of roots, some irrigation interventions are to be undertaken during the summer, above all because Valerian tolerates very badly prolonged periods of drought.
Moreover, during the crop cycle, some hoeing should be done to contrast the weeds. It is advisable to not use too much nitrogen, as this favors the development of the aerial part to the detriment of the underground apparatuses.
It is advisable to remove the inflorescences because with the summer flowering there is a decrease in the roots of active ingredients.

HARVESTING:
The rhizomes and any roots are harvested in spring (March-April) of the year following the planting, or in autumn (October-November) for the plants during the year of planting.
The harvesting operation can be mechanized using tuber-collecting machines.
A good crop of Valerian can give about 10-15 t / ha of rhizomes and roots.

PARTS OF THE PLANT USED:
Roots and rhizome.

PROPERTIES AND USES:
Valerian is used as a sedative of the central nervous system.
It is given alone or in association with other plants (eg: Lemon balm, Passiflora, etc ...) as an alternative to benzodiazepines and for the treatment of mild anxiety and transient sleeping disorders. It is also effective against gastrointestinal spasms of nervous origin.
Its action on sleep is manifested by reducing the time used to fall asleep and improving its quality. However, to obtain positive results a prolonged administration over time (about two weeks) is necessary.

Numerous experimental studies have been carried out demonstrating that Valerian-based preparations do not have side effects, despite their sedative action. If taken in the evening before going to bed, it does not affect the cognitive performance, the ability to concentrate or the reaction times of the following day; it has been seen instead that in the two hours following its consumption there is a slight decrease in wakefulness.
According to some authors, the sedative action is mainly attributable to the iridois, non-water-soluble active ingredients, and to the essential oil.
However it should be noted that the therapeutic activity of Valerian, as well as for most the medicinal plants, is attributable to the synergy of the plant complex, and not to a single isolated active ingredient.

READ ALL
Dec 26, 2014THE GOOD NIGHT PLANTS
When counting sheep is not enough, the solution is given to us by Nature! 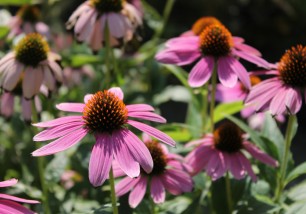 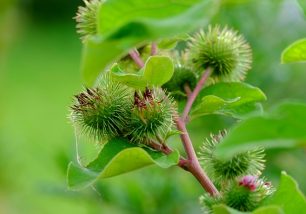