Want to stay updated? SIGN IN
ALL
Cosmetics
Food
Home
Wellness
RETURN TO THE ARTICLES
June 28, 2016

NEEM OIL, FROM THE PLANT OF GOOD HEALTH 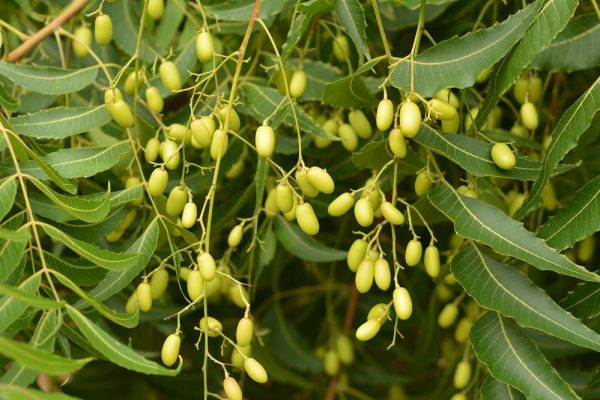 Azadirachta indicates A. Juss., known as Neem, is an ancient plant, used for centuries in India as fertilizer and insecticide.  In Sanskrit, it is referred to by the name of Nimba, that is “who gives good health”. Just think that Gandhi himself had included the leaves of this tree in his daily diet (it seems for power “Cooling”).

All parts of the Neem tree: leaves, flowers, seeds, fruits, roots and bark have traditionally been used to treat inflammation, infections, fever, skin diseases and dental ailments. Brushing your teeth with its fresh twigs is an ancient practice in Asia and Africa.

Azadirachta indica (from Persian Azad-darakht & quot; free tree & quot;) is an evergreen tree of medium development, up to 25 m high, with rounded crown.

The panicle inflorescences are arranged in the axillary area of ​​the leaves.

The fruits, which the plant begins to produce after its fifth year are drupes with only one seed, with epicarp thin greenish yellow when ripe and fibrous mesocarp; with a sweet-bitter taste. This plant can live about 200 years.  It is endemic to the Indo-Pakistani region and today it also is cultivated in many tropical areas. Beware of the toxic fruits of Melia azedarach L., very similar to Azadirachta indicates A. Juss to which resembles leaves, flowers and fruits; which in Melia have a spherical rather than oval shape.

The seeds and leaves are the most used and the richest parts of active ingredients. The composition is complex with evident prevalence of triterpenes belonging to the class of limonoids.

Nimba oil is generally obtained by cold pressing the seeds.

In Indian villages without presses, the seeds are crushed in a mortar to obtain a soft paste, to which sugar is added and sprayed with hot water continuing to grind with the pestle. The oil then separates from the water and is collected for use both for external and internal use, especially prescribed as an antimicrobial, insect repellent and anti-inflammatory. It is used as an effective remedy in malarial fevers taken in quantities of a few drops twice a day and in cases of syphilis and leprosy.

Neem oil is particularly effective in common dermatological conditions: psoriasis, allergies, skin hypersensitivity, burning, itching, sunburn, hemorrhoids and other diseases due to bacteria and fungi and at the same time it hydrates the skin and counteracts irritations.

Based on Neem, there are also effective products against various parasites: fleas, ticks, sandflies and mosquitoes that infest dogs, cats and other pets as well as humans.

THE NEEM IN AGRICULTURE:

The use of Neem oil in agriculture is mainly due to a German entomologist who in 1959.  During an infestation of grasshoppers in Africa, he noticed that the Neem plants were the only ones left intact by the passage of the migratory insect. The antiparasitic activity of this plant is effective against a large number of insects and is carried out with different modes of action: antifeedant or phagodeterrent (decreases or inhibits the ability to feed insect), repellent, growth re gulator, hormonal.

The most important active ingredient for its insecticidal activity is the Azadiractin contained in the seeds, also classified among the molecules that can be used in organic agriculture.

The crushed seeds, the fruit extraction panel, the oil and the kernel are used as adjuvants of the nitrogen fertilizers.

In the desert, Neem trees are used as windbreaks around fields and for the purpose of reducing desertification and wind erosion of the soil. With this tree it is therefore possible to favor the remediation of desert areas. The wood is hard and resistant to the insect attack and fungi, therefore suitable for producing agricultural tools. From bark extract the tannins, used in industry, and with its fibers we produce ropes. The pulp of the fruits can be used to produce biogas.

The Neem tree has such a wide and interesting range of uses that the international scientific community includes it among the first plants to study and use.

How to make homemade essential oils 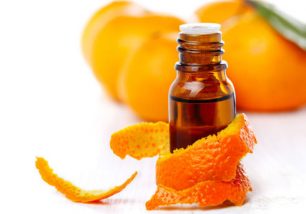 LEGGI TUTTO
Feb 10, 2017TANGERINE ESSENTIAL OIL: USES AND PROPERTIES
Tangerine represents, together with Cedar and Grapefruit, one of the three ...